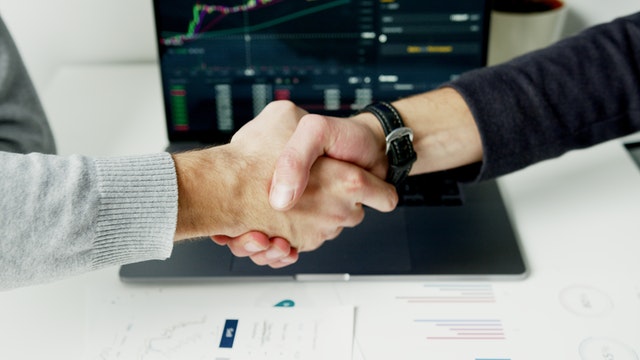 The stock market works on the principle that the ownership of a company is divided into small pieces and the shares are then sold to individual investors and traded on an organised exchange.

In valuation theory a minority stake is typically worth less than a majority stake because the holder cannot influence how the business is operated. If the company is run optimally, then all the shareholders are treated equally and if there is a clear path to an exit the discount should not be big or in some instances there is none.

In the case of large public companies, the exit from the investment for a small shareholder can be instantaneous through a sale on the stock exchange as there is enough day to day liquidity. In addition to being able to sell the shares in a liquid market the shareholders can also stay in the company for a longer time and hope for someone to make a take-over offer and take them out at a premium due to potential synergies or simply due to the discount on minority stakes compared to a majority stake (in the case of sub optimally run companies).

The most important factor in the decision whether to invest or not is the character of the owner(s) and the management that is selling the shares in the company, however, what really boosts investor confidence is, if they are also protected by law from misconduct by larger shareholders and management.

The most important laws governing the rights of shareholders are typically the take-over law and the companies act/law and in addition to the legislation it is also important that the judicial system provides prompt and certain resolution of disputes.

In Slovenia we see a lot of problems for the development of the stock market due to legislation that does not always adequately ensure the fair and equal treatment of shareholders in companies that are governed by the take-over law.

Note that this is not meant to be a legal review or a comprehensive summary of the provisions. We simply state the ones that in our opinion are the most important ones for the protection/lack of protection of shareholders.

The Slovene take-over law applies to companies that are listed on the organised market, or have at least 250 shareholders and/or at least €4m of shareholder capital. The extension of the take-over act to govern the obligation for a mandatory take-over offer in the case of unlisted companies is the result of the voucher privatisation in the 1990s.

The obligation to make a takeover offer is triggered once an investor surpasses the ownership of 1/3 of the issued shares and the price that needs to be offered to all shareholders is the highest price paid by the investor in the last 12 months prior to the occurrence of the obligation.

A new takeover offer needs to be made, if following a successful take-over, the investor buys an additional 10% in the equity until 75% in the equity is reached via a takeover. After that threshold there is no need for a new take-over offer.

Parties that act in concert can decide that one of them publishes a take-over offer on behalf of all the others. After the take-over offer the shares between those parties can be transferred without triggering a new mandatory take over.

If the acquirer through a take-over offer reaches 90% of the ownership or more the remaining shareholders can be squeezed out at the same price as in the take-over offer within 3 months of the successful take-over.

If the shares are not listed on the organised market the only additional provision is that the take-over offer needs to include the opinion of an auditor as to the fairness of the offered price.

Following a take-over offer the management is obliged to issue their opinion on it which needs to include the book value of the shares, their opinion on the effect on employees and the strategy of the company as well as, if they personally hold shares in the company and have reached any agreement for themselves with the acquirer.

So far so good, except the courts in Slovenia, although relatively fair and competent, are slow so any lawsuits of this nature can take years to be resolved and as the country is small there is no or very few legal precedents.

First, the provision that following a successful takeover offer where the acquirer gets more than 90% assumes that the price that will be offered during a take-over is the fair price as the remaining shareholders will have no choice as to the exit and under normal circumstances should be paid the fair price.

However, the only provision in the take-over act is that the acquirer needs to offer the highest price paid in the 12 months preceding the mandatory take-over and this is often not the fair market value for the following reasons:

One would think that the shareholders in such a process could sue the parties engaging in such activities, however, good luck with that as there is no court precedent, it is unclear whether you would have to accept the offer or not and the process could take anywhere from around 3-10 years.

We believe that the law should be amended so that there are different rules for liquid shares and for illiquid shares not traded on the organised stock exchange. In the event of liquid shares the offer could be made at the greater of the highest price paid in the last 12 months or the average share price within 3 months prior to the take-over offer and in the case of illiquid or shares not traded on the organised market the offer should be made at fair value and calculated in a fairness opinion.

We also believe that things would be more friendly towards the development of an efficient stock market, if the transfers between entities that are not under common control post take-over would trigger the obligation for a new take-over offer.

What is more the 75% threshold over which no mandatory offer is required should be increased to 90%.

Yet another problem with the take-over act is the role of the management that will often be the “culprits” behind take-over offers described above. Within the law there is the requirement for them to give their opinion regarding the offer and we certainly believe that that opinion should include their take on the offered price and should possibly be supported by a fairness opinion at least for deals over a certain size.

Now as to the question whether the improvement of the legislation would help with the development of the capital market in Slovenia. Certainly, yes and this is supported by many academic studies around the globe. Admittedly it is not the only prerequisite but one simply has to look at the improvement of the legislation for the protection of creditors after the global financial crisis of 2008 and the subsequent development of the credit market in Slovenia, where investors are not afraid anymore to buy bond issues by private Slovene companies, Slovene companies have access to international credit funds, foreign banks, private lenders (the market is flourishing), to have high hopes that similar improvements in regards to the take-over act and responsibility of the management would have similar results. 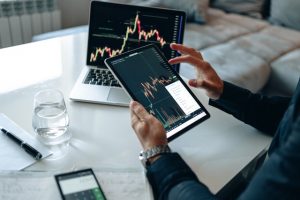 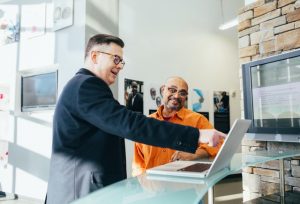 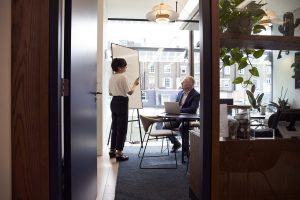 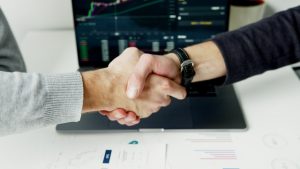